Well, our first service project in the 12 Months of Christmas Project is in the books!

I’m so happy to report that for the month of January, we chose to support an organization called “Project Night Night.”  A nonprofit organization based in San Francisco, Project Night Night serves homeless children around the country by providing a tote bag with a new blanket, book, and stuffed animal.  As a mom of two young children and having always had a heart for the homeless, this service project was a “no-brainer” for me.

I first learned about Project Night Night at one of my schools.  In the lobby, a pile of Project Night Night totes sat empty and waiting to be filled.  The name – Project Night Night – stood out to me because both of my girls called nursing/breastfeeding “night-nights” when they wanted to nurse to sleep.  So, I was intrigued and Googled it.  When I found out what it was, I was sold.  I grabbed two tote bags and explained the project to my girls.  They were totally into it.

We shopped on January 25th – our designated monthly service day – and both girls picked out the items to fill the bags.  Two unicorn blankets, two teddy bears, “Mr. Brown Can Moo,” and “The Pout-Pout Fish.”  Stipulations were in place:  we were shopping for others and there would be NO purchases for ourselves.  No toys, no treats, no snacks, nothing.

It was a good trip.  At 6 years old, Bean totally understands the project – but at 2 years old, Bug was a little disappointed that she wasn’t getting any books to keep.  Oh well.  She’ll “get it” one day.

We’re still pondering our service project for February, so if you have any ideas, I’d be happy to hear them.  Perhaps something “love” related?

In the meantime, if Project Night Night sounds like an organization you’d like to support, feel free to visit their website to see how you can get involved.  You can donate money, new items for tote bags, host a fundraiser, or order your own set of tote bags to fill and deliver yourself.

Since my February 2014, I’ve packed up 11 years worth of personal belongings, moved said personal belongings to a new house (which is actually an old, historic house), unpacked and organized said belongings into a cohesive, functioning, household – all while still working, mothering, wife-ing, social-life-ing, and generally being alive.

This does not include the unforeseen, and oft aggravating, projects that a new/old house blindsides you with – because, you know, old houses.

Lots of cool things have happened, as well as some not-so-cool, but one thing that is literally cool is the fact that it is now Autumn in New Jersey and that means things like this: 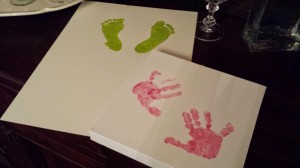 She’s growing so fast, we had to capture some prints before she gets too big.

We celebrated our 10th Wedding Anniversary!

So, it is also pie baking time!

I’m getting back to taking cool pictures again.

And luckily, my backyard is a great place to get back to my photog hobby. 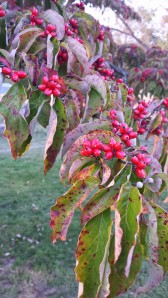 Which is good, because I have several lovely trees that I just can’t stop photographing.

And MOPS started up again for the year!

And, most recently, we went pumpkin picking. Which means that photos of pumpkins and other various gourds will be appearing soon.

In addition to it being an awesome autumn, summer was full of all sorts of goodness, too.  Lots of trips to the beach, our annual family trip to New Hampshire, and the highlight of my summer:  my sweet little nephew, DJ, was born!  He looks just like my brother.  And my sister-in-law.  It’s funny how one person can look just like, well, two.

And I don’t know what it is about this time of year, but I get starting to feel all the feelings in Autumn and well – that gets me thinking – which then makes me want to blog.

So, I’m back!  Stay tuned… there’s over 800 photos on my phone right now, along with 22 different recipes I want to share, a zillion things to say about learning and education, and copious, gratuitous photos of my new digs that I’m pretty proud of.

Oh, Target. You thoughtful, retail sweetheart, you. My find in your One Spot section has helped me to hit the Toddler Jackpot: stickers.

My daughter not only loves stickers, but she also loves smiley faces, so these really hit the… (ahem) target.

Just one sheet of these stickers (available as 4 sheets for $1) has entertained my daughter for hours. Yes, really – hours. 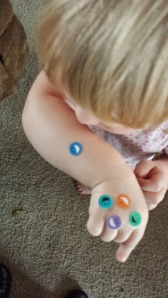 Sure, my house is now covered in little, colorful, smiley face stickers.

But how could I put a stop to this?

She’s so happy, and I’m so happy that she’s entertained…

And, I’ve discovered that the stickers are easily removed… thank goodness… 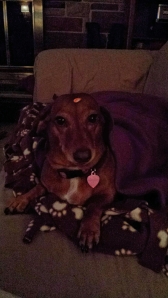 Plus, every time I see those little stickers, I’m reminded of her – and her cute, quickly-fleeting, toddlerhood. 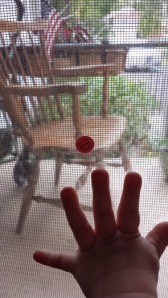 And that’s worth much, much more than 25 cents.

A year ago on this day, I gave birth to my daughter.  I’m usually pretty good at expressing myself, but today things are different.

I cannot put into words the amazing year we’ve had.  My daughter has truly transformed my life – she has opened my eyes to a world I didn’t know existed.  She has changed the way I view every aspect of life:  love, dedication, relationships, values.  She’s even changed the way I view my job, my friendships, and even how I keep my house!

This year has been full of everything new.  New experiences, new joys, new friends, new everything!  And at the same time, this year has given me the opportunity to reflect on the things I’ve always had with a new appreciation.

In her first year of life, my daughter has been my teacher.  She has taught me more about the meaning of life in these past 12 months than any other time in my life.  She has taught me about patience, commitment, what real love is, what true exhaustion is, and what really matters – and what doesn’t.

She has taught me about God.

In addition, having my daughter has connected me to some truly wonderful moms who are sharing the parenthood journey at the same time as me – the La Leche League, my MOPS group, my Bradley group, the Birthing Breastfeeding and Babies group – I would not have met these lovely women without my daughter.

It’s amazing how one small person can make such a big difference.

Life this past year hasn’t always been easy, but it has been good.  And I’m so excited to see what this next year brings!

Happy birthday, my sweet daughter.  I love you more than I ever dreamed possible, and I wish you a long, beautiful life full of blessing. 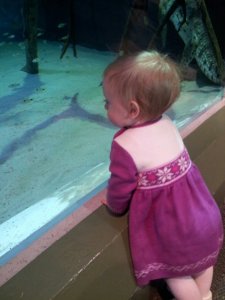 A happy birthday at the aquarium.

Looks like we’ll be getting an aquarium for our new house. 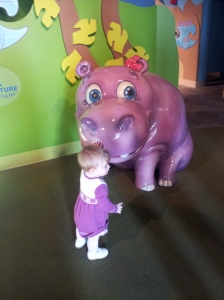 It was a long day. 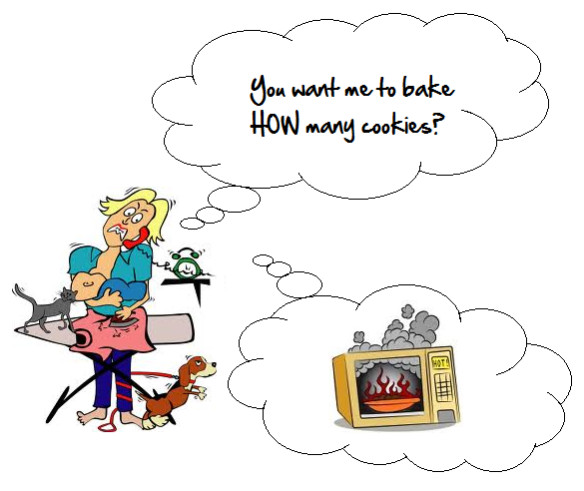 Just when I started to think I had to “do it all” this year because it’s “Baby’s First Christmas” … and we’ve gotta Make ALL the Memories (!) (oh-my-God-it’s-snowing-put-on-the-snow-gear-where’s-the-camera-get-outside-right-now-don’t-slip-and-maim-yourself-let’s-get-this-done-before-naptime-wait-her-hat-doesn’t-fit-oh-gawd-the-dogs-just-tracked-in-a-crapton-of-snow-c’mon-let’s-make-memories-yayyyyy) …and inevitably I’ve started to get just a little nervous/anxious/worked up/loud/Leona Helmsley about it…

To The Mamas of Littles During the Holidays

It is just what I needed to read – and if you’re a mom of little ones, you need to read this, too.

Now, all is right with the universe, there are sugarplums dancing, and my feet are up with wine in my hand.  Because, I’m not going to go batcrap crazy this year and push myself so far that I miss it.

I don’t want to miss it.

“It” being the most important parts of Christmas – those moments with family and friends, specifically, my husband and daughter.  And I don’t need to festoon each moment with something from Pinterest.

I started on my simple Christmas journey a few weeks ago when I decided that not every single Christmas decoration I own has to be displayed this year (including the craptastic 6 foot tree that I still have from college that fell over last year and broke some of my favorite ornaments, sending me – at the time pregnant, emotional – into a complete “I Hate Christmas” tailspin).

No, I don’t have to go overboard to be overjoyed.  A few twinkly lights here and there, a handful of small Christmas trees, a wreath, some music.  There will always be music.

It’s going to be a beautiful Christmas, because we are just going to be.

The mountains are calling and I must go.  – John Muir For a little while before Honeybean was born, I had believed that we might run out of things to do if we visited New Hampshire too often. I was … Continue reading →

this blog is about

it’s probably more about the lifestyle of a homeschooling, homebirthing, homesteading mom of 2 who also happens to love Jesus and great home design.